So, you want to make a movie but you don’t have any money, eh? 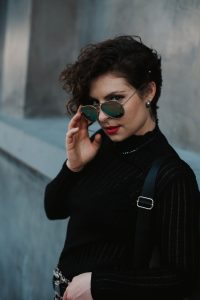 Back in the day when someone would tell me this, I’d have a very similar reaction as I do in the picture above, but less curious and more wanting to just teoll you to piss off.

Nowadays, I react differently. Why? Well, I was wrong. Making a movie for very little (aka micro-budget) can be done and has proven to work quite well. However, there are many filmmakers who go about it in a TERRIBLE way which causes many producers to react the way that I used to when offered a “micro-budget film”.

So, how does one go about making a movie without any money in a way that doesn’t piss off every producer, actor, and crew out there?

KNOW WHAT YOU ARE DOING.

Often times filmmakers think crew and actors are pissed off on a micro-budget set because they’re being paid pennies for the amount of work they’re doing. While this is sometimes true, what is most demoralizing to the people bringing ones film to life is when the filmmakers are completely ignorant and unprofessional to the craft of filmmaking.There are  plenty of actors and crew who have worked on sets for no money but it has been a blast that turned out a great product. Why? The captains of that ship knew what they were doing.

Weak leaders who don’t know what they want and are making a movie that serves no purpose is what makes actors and crew feel like their time is being wasted because the money sure as shit isn’t paying for their time to be there.

Making a movie is making a movie. It doesn’t matter if it is a big budget film or a no budget film. There are practices in place that provide a common language on set so that people who have never worked together before can efficiently come together and make something in a very short amount of time.

No one wants to be on set with amateurs, so if you feel like you don’t possess the skills and knowledge necessary to efficiently run a crew, then don’t make yourself the captain of the ship. If the story is good enough, there are plenty of people out there who would be more than happy to be apart of it for little to no pay.

**SIDEBAR: I highly recommend making a micro-budget film AFTER you’ve established great relationships and a reputation for yourself. It’s much easier to get talented people to work for you for free or no money because they trust you. Yes, this does mean that you may have to wait a little to make your movie until you’re ready.**

A major common mistake I see in micro-budget filmmaking is not putting absolutely every little penny on screen. There is no reason a micro-budget film should be paying actors. Hire your actor friends and pay them a stipend. Feed them well. There is no need to fly actors out to your local area if there is a local talent pool in your hometown that you trust can do the job.

You have to be very smart with your money in micro-budget. It needs to be a fun time for everyone and it truly needs to feel like a team effort to get the movie made. Put the money on screen and find ways to make the small crew and cast you have feel like a family. Jim Cummings of THUNDER ROAD has a great article on small budget movie making practices that I enjoy HERE.

**ANOTHER SIDEBAR: Don’t feed your crew cheap crap. You can be frugal with your crafty and lunch budgets but don’t be feeding them Pizza Hut or Dominos. That’s bad student film B.S. HERE is the downloadable PDF I made a while back for crafty/lunch examples for a variety of budgets and crew sizes that can, at least, provide a bit of guidance.

Again, making a movie for no money can definitely be done. Micro-budget in the past has gotten a bad wrap for being associated with amateur sets. Don’t be the stereotype. Don’t be the amateur.